Brexit? It is important to leave the EU now

With only hours left before the UK referendum on whether Britain should leave the European Union or remain as one of its 28 members, I have found some most relevant but perhaps little known notes which you might like to consider.

First, there is a statement by Mr Pierre Schori, 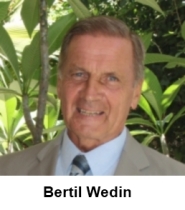 a veteran diplomatic and political contact between the Kremlin, the Castros of Cuba and Socialist International. For some years he served as the “international secretary” to the then Swedish Prime Minister Olof Palme. He has served as a member of the Swedish Parliament, as Undersecretary of State for Foreign Affairs and as the Swedish Ambassador to the United Nations.

The Norwegian diplomat Arne Treholt who was convicted in his country of espionage for the Soviets has reportedly named Schori as a “KGB Colonel”. Ex-KGB Colonel Oleg Gordievsky has described Schori as the KGB’s most important source of information in Sweden.

The Soviet Union declared itself dead on 26 December, 1991. Less than a year later, in November 1992, Schori spoke at a conference in southern Stockholm. The audience appeared to be communists and radical social democrats who regretted the demise of the  Soviet Union, and of Olof Palme, the left-wing Swedish Prime Minister who had been assassinated in 1986.

The EEC, now renamed as the EC, European Community, was later going to be known as the EU, European Union. Left-wing radicals had been hostile to the EEC, but Pierre Schori, whom they trusted, declared that the organisation was going to change character. Socialism would be introduced by the new EU “all over Europe and beyond”.

The speech was taped. Here is what Pierre Schori said:

“Comrades. The EEC was our capitalist enemy. What is now known as the EC will be the weapon with which we are going to introduce Socialism all over Europe and beyond.”

Having paused, he added:

“And Russia is going to be its central power.”

When a member of the audience had remarked that the executive leaders of the EC organisation were not democratically elected, Schori admitted that this was true. The rules were not going to change, but from a democratic point of view this did not matter, he said,

“because I can assure you that they are all democratically minded.”

Dr Vladimir Bukovsky is a freedom-loving Russian-born scientist and political campaigner. He is vice president of the British Freedom Association. In 1976, he had served altogether twelve years in Soviet prisons for his peaceful demonstrations in public places in Moscow. That year his British friends managed to arrange for his release in an exchange of prisoners in Switzerland. He was sent to England and settled in Cambridge.

Later, he discovered that the European Union was somewhat quietly becoming a copy of the defunct Soviet Union. Both had un-elected executive leaders.

Both had a parliament with no significant power. Like the former USSR, the EU was unduly hostile to people who publicised critical views of it and even tried to bring in laws that forbade critical remarks about it.

At a public meeting in the House of Commons of the British Parliament on 28 February, 2002, Dr Bukovsky elaborated on these points in a lecture entitled “Is the European Union the new Soviet Union?”

The answer to the question was yes. His lecture is available on the Internet. Many researchers and thinkers have found and warned that Bukovsky was right, but this might not have been prominently pointed out in the publicised debates in recent months.

I think it is important for all Europeans and indeed Europe to leave the European Union as soon as possible.

(Bertil Wedin, a Swedish-born journalist with a military and intelligence service background, lives with his wife Felicity in the Kyrenia area on the northern coast of Cyprus.)