July and August is the hottest time of the year in the Northern Hemisphere, a period when many people are tired and unobservant. The weeks of sleepiness were known by the ancient Romans as dies caniculares, and have long been referred to by English-speakers as the Dog Days, lasting, according to the Book of Common Prayer, from 6 July to 17 August, while The Old Farmer’s Almanac (British) has suggested that the period of mental sluggishness begins on 3 July and ends on 11 August.

Already the ancient Greeks believed that Sirius, the 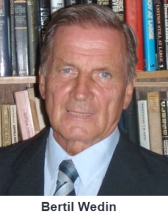 seemingly brightest star in our night sky, and also known as the Dog Star, somehow made dogs mad and people sick during the Dog Days. Twentieth century Greeks, according to Gerald Durrell in his book My Family and Other Animals, believed that you turned mad if the heat made you fall asleep under an olive tree.

In modern times the Dog Days are when even military people feel tired and might be inclined to despatch bulletins with just NTR (Nothing to Report) written in them, and when journalists are so drowsy that they fail to see and hear what is going on and that editors become tempted to fabricate stories, often silly ones. Hence, in Britain the Dog Days have often been described as the Silly Season.

Monday 15 July in 1974 began like a typical Dog Day in Cyprus. It was hot and sunny. Thousands of tourists parked themselves on sandy beaches and around swimming pools. Even some soldiers of the United Nations Force in Cyprus (Unficyp) had the day off for leisure. One of its battalion commanders had placed himself with wife and children on the beach outside Hotel Grecian in Famagusta.

It was eight o’clock in the morning, and no-one on the beach seemed to think that anything exciting could happen. But soon, nothing less than a coup d’état had started. Archbishop Makarios, the President of the Republic of Cyprus, was forced out of power. It was reported that he had been killed, but some of his loyal aides saved him from death and helped him to flee from Nicosia to Paphos and on to safe places outside Cyprus, while the coup-makers, who were most certainly supported by the military government in Athens (although the latter denied this), declared that Nicos Sampson, known to the British as a veteran Greek Cyprus terrorist, was the new head of state in the Republic of Cyprus.

The coup led to other important events, and on 20 July substantial units of Turkey’s armed forces intervened. Ankara had launched a “peace operation”, not least to save the Turkish Cypriots from being mass murdered by Hellenic nationalists who wished to turn Cyprus into a Greek island without, as they said in those days, Turkish-speaking Mohammedans.

Cyprus had long been divided; most Turkish Cypriots had lived in enclaves that covered no more than about four per cent of the island’s land area. Now, Turkey had the power to establish a fairer division that gave the Turkish Cypriots their own territory which could, and indeed would, be turned into a Turkish Cypriot state which in 1983 became the Turkish Republic of Northern Cyprus.

We interpret history from the facts we know and the lies we believe. A significant omission can be as distortive as an effective piece of disinformation.  As to the dog days of 1974 there is at least one important event that has escaped due attention.

How do I know that the KGB delivered weapons and ammunition to Akel in July, 1974, before the coup d’état?

The “active measure” was recorded in a top secret KGB report. Yuri Andropov, the then head of the KGB, reported on 8 July, 1974, to the Central Committee of the Communist Party of the Soviet Union, that the KGB had delivered small arms and ammunition to Akel. The secret was going to be kept for a long time.

Seventeen years later the Soviet Union declared itself dead. Soon the president of the new Russia, Boris Yeltsin, declared that many of the secret and top secret documents that had belonged to the now defunct KGB and Communist Party should be declassified and made available to anyone in the world who wished to come to Moscow and read the papers. The documents could be copied or sold for not much money.

The Hoover Institution at Stanford University, California, was one of presumably many organisations that sent research teams to the Russian capital to take advantage of Yeltsin’s offer. The Hoover team, with researchers who could read Russian and understand what was relevant, returned with large boxes of papers.

Relevant and seemingly important papers were translated into English and presented to Brian Crozier, the eminent conflict analyst and author, who was going to write “The Rise and Fall of the Soviet Empire”.

The 830 pp book was published in 1999. Henry Kissinger and Margaret Thatcher were among the many who praised the opus. On page 382 the important Cyprus-related document is cited as an example of KGB “active measures”.

When I interviewed Mr Crozier about this for a radio programme he confirmed the authenticity of the document. He had chosen to publicise the fact that Moscow had given fire arms to Akel, but he had not, if I understood him rightly, remembered the July, 1974 coup in Cyprus when he was compiling interesting items for his book. It was when I had read the book that we could establish the likely connection between the KGB arms delivery and the coup a week later.

I have since then publicised the facts about this matter in newspaper and magazine articles and on the radio programmes I used to present before 2005 when I retired as a broadcaster. On each occasion I suggested that relevant Akel members should publicly explain why they were given fire arms and wha

t the KGB expected them to do with the weapons. Did they kill anyone? Where are the guns now?

The questions were also put to members of the CTP, Akel’s sister organisation that was founded by pro-Moscow Turkish Cypriots in 1970 and was later financially helped by the European Union to become a governing party in the TRNC.

There have been no answers from the Communist Akel-CTP duo.

The matter should be of interest to the legal authorities of the Republic of Cyprus as there is evidence that one of the political parties of the republic in 1974 received from a foreign power’s intelligence service illegally imported arms and ammunition.

The Soviet Union’s organisations for subversion were much more active in Cyprus than was commonly understood. Eoka terrorism in the 1950’s was at least to some extent the result of a Soviet ambition to sabotage a peaceful and decent de-colonisation of the island. Despite the fact that Colonel, later General Grivas boasted in his official biography that he was a staunch anti-Communist, he welcomed in 1964 and 1965 the smuggling of Sov

iet tanks and army lorries to the area that he controlled near Boghaz outside Famagusta.

The USSR provided the Greek Cypriots with advanced weaponry throughout decades, and the new Russia continued to maintain a close cooperation with the governments of Greek Cyprus. With references to the two countries’ religions, alphabets and folk dances it was argued that the cultural ties were close. Yugoslav war criminals, if they were friendly with Moscow, could expect banking and other services in Greek Cyprus. When Arne Treholt, the Norwegian who spied for the Soviets, had served his prison sentence, he took up residence and started a money business in Greek Cyprus. When Stig Bergling, the Swede who spied for the Soviets, had fled from his prison sentence, he hid in Greek Cyprus.

The cooperation between the Greek Cypriots and the Russians has not always benefited the former, because it was pro-Soviet Communists who radicalised the Greek Cypriot trade unions that damaged the economy with frequent disruptions of business and production combined with a destructive growth of the public sector.

This is also how Communist and pro-Communist trade union action organisers have held back progress and frequently paralysed business and public education in the Turkish Republic of Northern Cyprus.

If the Greek Cypriots and the Turkish Cypriots ever decide to fight side by side it will be in a struggle against Russia’s often quiet but rather effective attempts to colonise Cyprus. 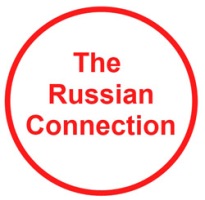 it was British colony. There are Russian estate agencies, banks, news media and other businesses on the island.

About a month ago, if I am rightly informed, a Russian journalist, Andrei Nekrasov, fled Russia and travelled to Greek Cyprus. He had annoyed the Russian regime with articles he had published. He had then been charged with serious financial wrongdoing. These were trumped up charges, he argued, when Russian authorities demanded his extradition. Throughout about 30 dog days he has now been detained in South Cyprus and might be sent back to Russia where he could be sentenced to 15 years in prison.

The Sunday Mail, Nicosia, is perhaps the only newspaper that has paid appropriate attention to this matter. The Journalists’ Union has followed with only a “lukewarm statement”, the Sunday Mail writes, adding that South Cyprus is “the only EU member state that acts like a Russian dominion”.

Earlier this summer some news media in the world reported, but not very prominently, that the Greek Cypriot president Nicos Anastasiades had promised the Russian president Vladimir Putin that Russia would be allowed to establish two military bases in Cyprus.

About a week later the Russian foreign minister said publicly to the Greek Cypriot government that it should tell Britain to close down its military bases in Cyprus. A little later, Britain’s Foreign Secretary Philip Hammond announced – though with no reference to the Russian demands – that a large part of a British base in Cyprus was going to be given to the Greek Cypriot state.

Now we read that the Greek Cypriots have made an agreement with Israel about military cooperation.

These are significant events which escape due attention during the sleepy dog days.

Copyright (c) Bertil Wedin and this article has been shared with an agreed media group.